Resinex website uses cookies and similar technologies to better understand which products are of your interest so we can personally provide you with more detailed information. By using Resinex website you agree to our use of cookies. Learn more about cookies and how to manage them

Polyoxymethylene (POM), also known as polyacetal or acetal, was discovered by the German chemist Herman Staudinger. After his discovery the polymer was not commercialized due to problems with thermal stability.

Later on the company Celanese was introduced; a joint venture between Celanese and Hoechst, creating the world’s largest acetal producer. Celanese (part of the Celanese company) is still the biggest POM producer in the world, which just opened a new POM plant on Hoechst Industrial Park, close to Frankfurt.

Nowadays there are more players in the POM world. Besides Celanese with Hostaform and Celcon the biggest are; DuPont with Delrin, Polyplastic with Duracon, BASF with Ultraform, Kolon Plastics with Kocetal, Zaklady with Tarnoform, Yuntianhua with Yuntianhua POM and BlueStar with BlueStar POM.

In the polyacetal business a lot more POM brands are visible in the market, compounders, distributor and traders have created their own brands like Resinex POM. 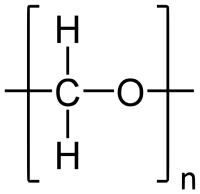 Polyoxymethylene can be divided into two groups:

POM offers many excellent properties including:

The most common forming processes for polyacetal are injection moulding and extrusion (sheets and rods), but also blow moulding and rotational moulding are is possible.

POM is mainly used for technical parts where the mentioned mechanical properties are giving it an advantage over other plastics.